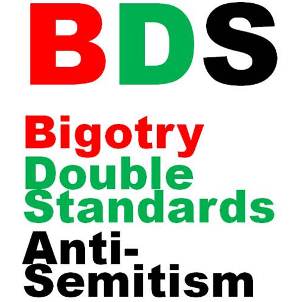 This piece on the BDS movement by ABED ALMAALA – a member of the Jordanian Opposition Coalition – appeared in the Israel Hayom newsletter on Tuesday 6 September 2016.

As a Jordanian politician, I feel obligated to speak out against the anti-Israel boycott, divestment and sanctions movement and its effect on ‎the Middle East and the world.‎

I represent the point of view and interests of the Jordanian people. ‎By doing so, I have freedom that many others may not. My views on ‎BDS are unbiased and balanced because I am not an Israeli and ‎nobody could accuse me of being anti-Arab.‎

Let me be clear: BDS is a reckless act of hatred that threatens the ‎security and stability of not only Israel, but also my country, Jordan, and the ‎entire Middle East.‎

BDS seeks to attack and isolate Israel. But what is Israel’s importance to Jordan, and to the world? Why should anyone care if Israel is hurt?

This is what the president of the Jordanian opposition, Mudar Zahran, wrote last year in Israel Hayom: ‎”If the day were to come when Israel falls, Jordan, Egypt and many others would fall, ‎too, and ‎Westerners would be begging Iran for oil. ‎

“We can hate Israel as much as we like, but we must realize that without it, we too ‎would be ‎gone.‎‏”‏

Israel is at the front of the war against terror in our region, ‎and if Israel is hurt, we all will suffer, and Jordan will suffer the most.‎

BDS claims to target Israel because Israel oppresses the Palestinians. If so, why does BDS never target Jordan’s government, which oppresses and destroys the lives ‎of the majority of Jordanians of Palestinian origins, and where many of my own people, the Bedouin Jordanians, go hungry?‎

Why does BDS never boycott Lebanon, where Palestinians are banned from working ‎as taxi drivers? Why does it not boycott Syria, where President Bashar Assad has killed thousands of Palestinians ‎in Yarmouk camp?‎

BDS, admit it: You are racists and anti-Semites.‎

Your activities are a threat to Jordan, and it is my mission as Jordan’s shadow commerce secretary to enhance, expand, strengthen and promote trade ‎between my country and Israel.‎

But BDS is not alone. It could not survive without support, both ‎financial and political, and we in the Jordanian opposition ‎have information that BDS receives support of various kinds from Arab dictators.‎

From day one, Arab rulers have been telling us that Israeli is the enemy, and that we ‎should forget about our own hungry children and our ruthless governments and focus exclusively ‎on hating and killing Jews.‎

Shame on you for attacking the only country that offers jobs to my Palestinian brothers.

Shame on you for attacking the country that provides free health care for Palestinian ‎cancer patients.

Shame on you for selling your souls to Arab regimes.‎

As a Muslim, I know that since my Prophet Muhammad was welcomed in Medina ‎by the Arabs and the Jews, he traded with and even signed ‎a mutual defense agreement with the Jews.

And as a Jordanian and a member of Jordan’s opposition, it is time we stopped ‎talking about peace and began living peace through economic prosperity; this is ‎our promise and our mission.‎

BDS is not only hateful and shameful, but also strengthens Arab dictators who hypocritically criticize Israel for alleged human rights violations when they, themselves, are the world’s top ‎human rights violators. ‎

A man is known by the company he keeps; if the biggest supporters of BDS are Arab and Muslim dictators, ‎what does this say about BDS?‎

We Arabs have boycotted Israel for 70 years. Where has it gotten us? We are ‎light-years behind Israel in technology and the economy. We will stop this in ‎Jordan and begin learning from our Israel friends.‎

This dream is not new. It was the dream of the late Prime Minister Yitzhak Rabin, who ‎saw economic prosperity as the road to peace. That is why I was honored to organize a memorial event for him in the U.S. Congress when he ‎was killed, more than 20 years ago.

Let us make his memory live through action. Let us turn the lost hopes into a ‎beautiful reality, and disappointment into happiness. And let us all put BDS ‎where it belongs, in the dust bin of history.‎

Someday soon, Jordan will be free and we will build ‎a new system that will work closely with Israel, through partnership, not ‎competition, and through true cooperation rather than just a cold peace.‎

And we will turn Jordan into a model for Arab countries to follow through cooperation with our Israeli brothers and sisters and the blessings of our American friends.

Am Yisrael Chai. Am Yarden Chai.