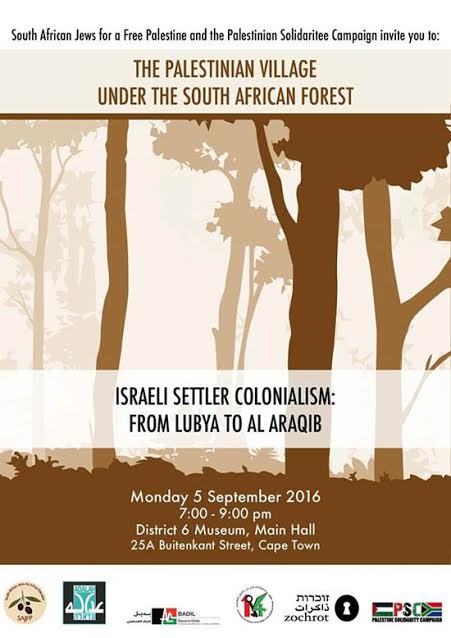 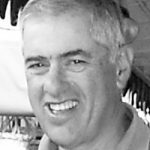 This piece in response to the latest antics of South African Jews for a Free Palestine (SAJFP) which appeared in the Times of Israel on 3 September 2016 was written by SA-born, Israeli-based HARRIS ZVI GREEN – a founding member of Truth be Told, an organisation engaged in public diplomacy on behalf of Israel.

I recently read a piece written by a spokesperson for an organization answering to the name of South African Jews for a Free Palestine (SAJFP). This organization claims its aim is “to raise awareness of the Nakba”, as the Arabs refer to their plight following their refusal to comply with United Nations General Assembly resolution 181 which called for the establishment of two National States – a Jewish State and an Arab State – in the area previously administered by the British Mandate.

Like so many other groups committed to the Palestinian Arab cause and not to a peaceful solution to the conflict, SAJFP, in its insatiable thirst to be perceived as being politically correct, ignores the historical facts. SAJFP also ignores the context in which these events took place and, most seriously, it completely absolves the Arab world from any responsibility for its genocidal actions.

Instead of complying with UN General Assembly resolution 181 and establishing a national state for themselves, the Arab world elected to wage a bloody war aimed at annihilating the nascent State of Israel legitimately created and internationally approved by this same resolution. The trained armies of Egypt, Jordan, Syria, and Iraq joined local militias – including the militia from the village of Lubya – in a military action aimed at ethnically cleansing the entire Mandate area of its Jewish population.

Surely, the Arab world could have avoided their “Nakba”, not to mention the terrible loss of life and destruction on both sides, had it accepted and complied with UN General Assembly Resolution 181.

If SAJFP was driven by a sense of genuine goodwill, it would also acknowledge that more than one “Nakba” occurred following the refusal of the Arab world to acknowledge the right of Jews to establish their National State in their historical homeland.

SAFJP chooses to ignore the countless atrocities committed by the people who have become the victims of their own crimes. The Jewish populations in Hebron and the Etzion Bloc were massacred down to the last person. The Jewish Quarter of the Old City in Jerusalem was cleansed of its Jewish population. In addition, Jews were denied access to their Holy Sites in the Old City of Jerusalem including the remnant Western Wall of the Temple destroyed by the Romans 2,000 years ago. Jews were denied access to the Tomb of the Patriarchs in Hebron, to Rachel’s Tomb in Bethlehem and to other Jewish National sites in areas that, following Israel’s War of Independence, fell under the control of the Arab world. Following cessation of hostilities in 1949, not even a single Jew remained in the areas controlled by the Arab world. That’s ethnic cleansing.

Following the establishment of the State of Israel, some 850,000 Jews who lived in Arab countries were forced to leave the countries where they had lived for generations. In fact, more Jews were expelled from Arab countries than were the number of Arabs displaced as a result of the hostilities in the areas previously administered by the British Mandate. Jewish refugees from around 100 different countries were welcomed to Israel ending an exile of some 2,000 years from their historical homeland. Israel provided these people with opportunity and has enabled them to live meaningful and fulfilling lives.

In contrast, the Arab world insisted on the establishment of the United Nations Relief and Works Agency (UNRWA) to manage the so-called Palestinian problem. Since its inception nearly 70 years ago, this corrupt organization has only perpetuated the problem. Sadly, the Arab world, aided and abetted by UNRWA, has condemned Palestinian Arabs to a life of misery devoid of opportunity and of any meaningful future. Indeed, inept leadership and UNRWA are the problem. They certainly aren’t the solution.

If SAJFP was genuinely interested in seeking an end to the suffering of the Palestinian Arabs, it should encourage the intransigent Arab leadership to accept the only solution to a conflict that’s already caused much too much strife and hardship.

It’s time for the Palestinian leadership to accept responsibility for the future of the people they claim to represent. They totally messed up the past and they’re doing nothing to redeem themselves at present.

SAJFP surely recognizes that omelets are made from eggs. But it should also acknowledge that eggs can’t be made from omelets. It’s simply not on.

The time has come to face reality and to recognize the State of Israel as the National State of the Jewish People. The time has come for the Palestinian leadership to grasp the opportunity to establish their own demilitarized state in Gaza and in areas of Judea and Samaria to be vacated by Israel. That’s the only solution and the opportunity to implement it has been on the negotiating table in one form or another for the past 70 years.