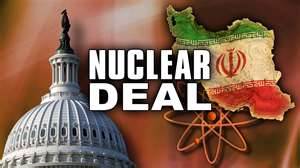 In a mind boggling editorial about the P5+1 deal with Iran (A Victory for the Peace-Loving, Monday April 13, 2015) The Cape Times paints a benign picture of Obama’s “historic” championing Iran’s peaceful intentions despite its government’s continued sponsoring of terrorism throughout the region and abroad. Terrorism is not an existential threat says President Obama ignoring entirely Iran’s call to wipe Israel off the map and kill Americans and Jews. That’s most probably why he heads for the golf tee while ISIS sponsored by Iran is cutting off the heads of Christians. That’s not an existential threat, except to the Christians.

The perceptive among us may have noticed that President Obama and the Cape Times don’t mention Iran’s determination to get the “bomb” when they issue their statements about the “deal”. President Obama explains that “no country or religion is responsible for terrorism.”  I’ll bet that’s a relief to all Christians, Hindus, Muslims and Jews.  Those terrorists who behead you only THINK they are acting for religious reasons.

And just because innocents are killed in the name of a militaristic and oppressive government for worshipping a God of love and freedom, that doesn’t mean you can get on your high horse ; they should just try to keep that thought in their heads.  Sorry… maybe that was insensitive.

Oh, and there’s some good news for dead Jews too!  I know Islamists supported by Iran have been gunning you down and defacing your places of worship, and harassing and bullying and terrorising you on the streets of Europeans cities.  And maybe you’ve been thinking:  “Whatever happened to ‘Never Again.’”

You will be excused for thinking that militant Islam’s relentless assault against the Jews, and Iran’s and the BDS’s tacit support of that assault in their vicious and mindless campaign against Israel’s existence, are just a few anti-Semites doing their thing.  But great news: it’s not that at all. In his response to the Islamist slaughter of four people in a kosher supermarket in Paris, Obama said the victims were just “random folks,” …killed randomly by other random folks randomly killing random folks randomly.  So Jews, you don’t have a thing to worry about. Isn’t that terrific?

You see, all you people being killed by Iran-supported Hamas, Hezbollah, Isis, Al Qaeda, the Taliban, Boko Haram, Al-Shabaab and other Islamist groups around the world-oh, and all you women being unspeakably brutalised by them-you’re lucky Iran is being given a free hand to develop nuclear weapons and President Barack Obama is wise enough not to do anything at all to help you because he understands that the terrorists are on the “wrong side of history”. So all he has to do is sit there on the right side of history while you suffer and die.  Isn’t that good news?