You Are Here: Home → In response to Gaza supporters

In response to Gaza supporters

Hila Zetler Jul 27, 2015 0 Comment A response to the letter published in the Cape Times, Jewish voices for a just peace, JVJP 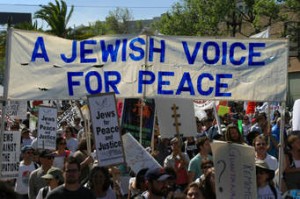 The letter published on behalf of certain Jewish members of the Jewish Voices for a Just Peace (JVJP) reminded me of the story the Association of German National Jews which was a Jewish organisation that came out in support of Hitler and the Nazi party in the lead up to the Second World War. Among the activities of this group was the fight against the Jewish boycott of German goods and they also issued a manifesto that stated that the Jews were being “fairly treated” in Germany. Unsurprisingly, almost all of its members subsequently ended up being carted off and murdered in Nazi concentration camps.

It is obviously heart-breaking to see innocent civilians and young children caught up in this vicious conflict. It is easy to sit back and attribute the blame to the big powerful government and army of Israel, but the real truth is that Hamas is the one that is solely responsible for the tragedy that has befallen these innocent victims.

Hamas is a terrorist organization who does not want to live in peace. Its aggressive agenda calls for the “killing of Jews and Israeli citizens” and “the complete destruction of the State of Israel”. The comparison with apartheid South Africa is absurd. Nowhere can I find literature by apartheid freedom fighters calling for the killing of all white people or to wipe South Africa off the face of the map.

Hamas thinks nothing of firing rockets from schoolyards and of sheltering it’s fighters in hospitals – thereby clearly endangering the lives of innocent civilians, especially children. The reasons for this cruelty is simple: Hamas celebrates death. In Hamas’ perverse lexicon, martyrdom is the highest goal a devout Muslim can attain and in Hamas’ way of thinking, the women and children who are dying because of Hamas’ decisions and actions are attaining a blessed escape from their miserable lives on earth to join the ranks of the most honoured in paradise. Hamas is nothing more than pernicious death cult – an organisation that thrives not on uplifting and ensuring the well-being of the Palestinian people but on jihad.