You Are Here: Home → Anti-Semitism erupts over social network platforms 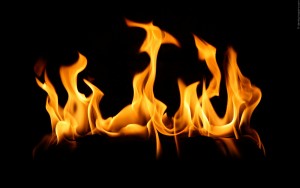 While Israel has diligently and morally defended its citizens from continuous rocket fire from Hamas in Gaza, an eruption has been unleashed in the form of social media.

Representatives of political parties in South Africa including botht he ANC and EFF have shamefully expressed anti-Semitic hate speech through Facebook and Twitter.

In a message on Facebook by the ANC Western Cape social media manager, Rene Smit, an image of Hitler with the caption “Yes man, you were right…” followed by the line: “I could have killed all the Jews, but I left some of them to let you know why I was killing them.” Was posted.

On Twitter, EFF member Leigh Mathys has posted pictures of children massacred in Syria with the comment “This terrorist @ambassadorlenk says it was “self-defense”! RT @effwcape: Little children killed by Israeli army!” yes all the while has not mentioned a single condemnation on the Syrian onslaught of civilians taking the opportunity to put the blame of the Syrian regime on Israel.

A post on the Twitter feed of Israel’s Ambassador to South Africa said: “Rabbi Warren Goldstein this is the time I wish #Hitler was alive and his gas chambers still in use. @ambassadorlenk pass the message to him”

The above are three examples of an onslaught of anti-Semitism through social media in South Africa. The hate speech is vicious and overwhelmingly free of any serious condemnation by the public. Nor has there been a mention of condemnation of rockets fired continuously towards innocent civilians in Israel.

The South African Zionist Federation (Cape Council) vehemently condemns such statements and calls on all political and religious leaders to criticize and condemn this unacceptable and deplorable hate speech.

Such incidents clearly demonstrate the necessity for a strong Jewish homeland. When politicians and the public use the current conflict as a tool of anti-Semitism it reiterates the purpose of Israel to stand as a safeguard for the Jewish population in South Africa and across the globe. Jews are being targeted and anti-Semitism is on the rise and we urge South Africa to identify with this danger.

As is our responsibility to the Jewish community of Cape Town, the South African Zionist Federation (Cape Council) will do all in our power to grow and to strengthen support for Israel. We call on our community to unite in standing with Israel, in supporting Israel’s right to self-defense and to be proud of the manner of morality and restraint through which Israel has dealt with the current situation in Gaza.

We re-iterate that Israel has done all in its power to minimize civilian casualties while attacking Hamas, a terrorist organization, who fight their wars behind the shield of innocent human beings.

We call on Hamas to stop firing rockets on innocent civilians which will in turn bring an end to the current fighting and we call on people of morality to put a stop to the anti-Semitic surge currently taking place.