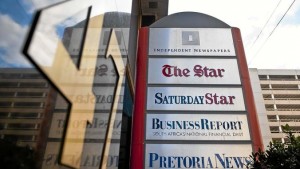 Not for the first time, local anti-Israel activists have been caught in a lie.

Over the past week, organisations like BDS SA and the Media Review Network and sectors of the media have been loudly proclaiming that SAPS has agreed to enforce arrest notices issued by Turkey against four Israeli military commanders should they enter South Africa. They have also claimed that they have documentary evidence that conclusively proves this.

Both of these claims have since been shown to be outright falsehoods. SAPS have made no such undertaking. All they have done is confirm that they have received a formal request from Turkey asking that the four Israeli Defence Force commanders be arrested if they enter South Africa.

In terms of how international police cooperation works, South Africa will in any case only enforce an arrest warrant for crimes committed outside its borders once Interpol (the International Criminal Police Organization) issues a ‘Red Notice’ in that regard. It is completely contrary to South African policy to undertake to enforce an arrest warrant issued by another country in the absence of such a Red Notice.

As for the ‘written proof’ that SAPS has supposedly provided showing that it intends to enforce the Turkish arrest notices, it can now safely be concluded that it does not exist. This became quite clear at a press conference convened on Monday by the Media Review Network and Palestine Solidarity Alliance. It had been promised that this documentation would be made public at this event, but nothing whatever was produced in the end.

Yet again, therefore, local anti-Israel extremists have been shown to have deliberately misrepresented the facts in order to push their obsessive agenda against the Jewish State. They have done so in this case to fool the public into thinking that South Africa endorses attempts to hijack and manipulate international law as a political weapon against the State of Israel. This shows not only a flagrant lack of integrity on their part, but a contemptuous disregard for the South African public as a whole.