You Are Here: Home → Why are Christians not outraged?

Why are Christians not outraged? 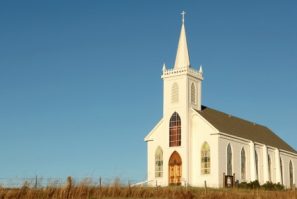 While Christians are being ‘ethnically cleansed’ and eliminated throughout the Middle East, with one exception, Israel, why do the Churches look the other way?  While on our own continent Christians are being murdered and massacred every Sunday in or near Churches in Nigeria, in Eastern Congo, in Uganda and in Kenya, where are the Christian voices of concern?

I have scrutinised most of the South African Church websites and shudder to report that I have yet to find one that weeps for their fellow Christians, being massacred and subjected to forced conversions. I have yet to find one website that has issued a statement about the ongoing killings in Nigeria, the Congo, and those further afield in Muslim lands. Pray prove me wrong! Why indeed when a foreign fiend is mentioned, is Israel the only target for criticism? I struggle to explain this incongruity. Surely in good conscience the Church leaders need to explain this apparent lack of caring for their co-religionists.

The harsh reality is that Christians are an endangered religion in most Muslim majority countries and are in danger of disappearing altogether. This past Sunday at least 75 Christians were massacred and hundreds were severely injured as they exited the historic All Saints church in Kohati Gate, a bustling area of Peshawar in Pakistan.   Responsibility for the attack was claimed by two Islamist militant groups with links to the Taliban, justifying that this dastardly deed was perpetrated in order to hit back at US drone strikes. Isn’t it amazing that these criminals always try to justify their dastardly deeds, and the media readily accommodates them by publishing these justifications. What concerns me, is the lack of outrage on Christian websites, and by our government officials which represent a mainly Christian constituency. Surely this is beyond turning the other cheek?

During the very same weekend, in Nairobi, gunmen fatally shot 69 shoppers and wounded many hundreds, at the Westgate Shopping Mall. Ostensibly this was not an anti-Christian operation, but the Al-Shabaab gunmen “freed the ones who could name the Prophet’s mother”. The net effect of these two tragedies is that the killers were Muslim and the victims, Christian. Yet, I have scoured the internet, only to find that the Churches are maintaining a deathly silence-no statements and no press releases, no drives to collect medical and first aid supplies!

Perhaps the events are too recent to merit comment? But in all these cases there is a long history of discrimination, separation, exclusion, violence, abuse of state power and even of atrocities being perpetrated against minorities and Christians.

The past two months have witnessed the worst outbreaks of violence against Christians in Egypt, possibly the worst cases in more than seven centuries? Many ancient Churches, like the Amir Todres Church in Minya, in Southern Egypt, have been burned to the ground. Not only the Church is culpable for remaining silent-the Western media’s almost exclusive focus has been on the military’s attacks against the Muslim Brotherhood. Why are our Church leaders looking away and remaining silent about these atrocities on the African continent?

What of the massacres, rapes and forced conversions being committed by the Al-Nusra extremists against the Christians that have lived since the time of Paul, in the predominantly Christian towns of Maaloula and Blodan, in Syria.? Where is the concern and compassion for these hapless and isolated people from their fellow Christians? Where are the offers of assistance; food, clothing, medical and spiritual?

So let us examine what concerns the minds of Christians in Cape Town, as reflected on the web pages that I examined.

The Methodists are donating funds to the victims of Marikana and condemn violence and criminal gangs in communities. Yet the Central Methodist Mission of Cape Town,  finds it necessary and fitting to invite an extremist Palestinian Poet, Remi Kanazi to speak out and condemn Israel, to host an Israeli from ‘breaking the silence’ which testifies against the Israeli military and to host a book launch of a book aimed at destroying Israel by promoting boycotts and sanctions.

The south African Bishops Conference   deals with the Guptas and the abuse and misuse of state power.

Kairos Southern Africa wins all the plaudits because of their anti-Western and anti-Israel obsessions. They have the temerity to make an “Urgent appeal to President Obama and US Congress to uphold international law on Syria and the rest of the Middle East”. Their preoccupation during the week 22 – 28 September: is to declare a “World week of Prayer for Peace in Palestine Israel”. Other concerns are the BRICS, Mandela and Islamophobia in Egypt – yes,  concern about discrimination against Muslims, not a hint of concern about Christians?

Then rather than support attempts to bring about peace between the Israelis and the Palestinians, the Reverend Edwin Arison has the audacity to question whether “The US wants Peace. Really?”

Marthie Momberg’s concerns seem to be exclusively focused on the wrongs of the Israelis, which she addresses under topics like; The US wants Peace. Really?EU takes a stand on Israeli settlements,Israel’s Wall: Is it legal? Is it secure? And a film accusing Israel of planting a forest over a deserted Arab village. She then succumbs completely to the Palestinian narrative of the ‘Nakba’ focusing exclusively on the purported wrongs perpetrated by Israel against Palestinians.

How is it possible that even the venerable Archbishop Desmoind Tutu, who wept during the Truth and Reconciliation hearings for the pain of the victims of Apartheid, is not sobbing as publicly for the Christians who are being laid to rest in Peshawar. Maybe ‘God is not a Christian’ but these are innocent worshippers who paid with their lives by going to Mass on Sunday.

Why is there no outrage that the Peshawar attack happened just as Pakistan’s government, led by  Prime Minister Nawaz Sharif,  prepares the ground for talks with the Pakistani Taliban and has released high profile militants.

Why are there no prayers for the hundreds of men, women and children sitting besides the coffins in Peshawar? Where is the outpouring of sympathy for the miniscule number of Christians in Pakistan, who represent about 1.6% of the country’s overwhelmingly Muslim population?

The Pakistan government has announced three days of mourning and Pope Francis has condemned the atrocity, saying those who carried out the attack made a “wrong choice, of hatred and war.”

As a nation with a wonderful and hard earned Constitution, we need to ensure that no person should suffer hardship and discrimination anywhere only because of their colour or creed.  For my Christian friends I find the words of James in Chapter 2, versus 14 to 17 to offer hope through constructive action:

“Dear brothers and sisters, what’s the use of saying you have faith if you don’t prove it by your actions? That kind of faith can’t save anyone.  Suppose you see a brother or sister who needs food or clothing, and you say, “well, good-bye and God bless you; stay warm and eat well” – but then you don’t give that person any food or clothing. What good does that do?  So you see, it isn’t enough just to have faith. Faith that doesn’t show itself by good deeds is no faith at all – it is dead and useless”.