You Are Here: Home → Col Richard Kemp: This is who Hamas reminded me of

Col Richard Kemp: This is who Hamas reminded me of 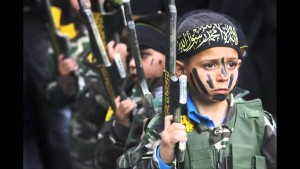 The following is an extract from a speech delivered by Col Richard Kemp when he visited South Africa in October.

During last year’s fighting between Israel and Hamas I did interviews with Israel military personnel. Right the way down the chain of command to the lowest solider, they knew the rules, they knew what they had to do. I spoke to a 19 year old private, an engineer, whose job was to go down into a Hamas attack tunnel, clear the tunnel and get intelligence before the engineers destroyed it. I was talking to him when he just came out of the tunnel. He was covered in sweat, covered in dirt and still pent up from this experience.

He said uppermost in mind was that “I must not kill innocent civilians. I knew they had human shields and that I must not kill them”. He was not saying these because he knew it was what I wanted hear, he didn’t know who the hell I was. This was the reality, this was the morality. That young man at 19 years of age was killed the next day going into another tunnel.

I just want to give you an observation about the two sides of the conflict. The first one is Hamas. I went into one of Hamas’s attack tunnels during the conflict. It was incredibly impressive, it started off under a house in Gaza went 2000 meters through Gaza under the border and came up near a kibbutz in Israel. It was about 300 metres short of the kibbutz.
It wasn’t complete and the idea was to bring it up into the centre of the Kibbutz so that it emerged inside of its security. The intention was to send fighters down the tunnel to massacre civilians, drug others, kidnap them and take them back to Gaza. That was the purpose of that particular tunnel.

It was an incredibly impressive construction, many, many metres under ground. It had a concrete floor; concrete walls, a concrete ceiling and you could stand up with plenty of room over ahead. It had electric lights, there were fans, air conditioners and it had railway tracks running down the floor. It was a phenomenal thing.

Something really troubled me about that tunnel and I couldn’t work out what it was. Then I thought what it was. This was last year and about four or five months before I was in Auschwitz and I spent a whole day in the winter of 2014 in Auschwitz. That was an incredible construction as well it was also designed with great care, huge resources, and a great deal of engineering work and bureaucratic planning behind it. Of course there was a huge difference in scale, but it had the same purpose of killing Jews. That was what the tunnel was for and that was what Auschwitz was for.

It shouldn’t surprise anyone of the commonalty between these two structures because of course Hamas is an off shoot of the Muslim Brotherhood. One of the early leaders of the Muslim Brotherhood was the Grand Mufti of Jerusalem who spent most of the Second World War in Nazi Germany cavorting with Hitler and Himmler where he helped form a Muslim SS division for the third Reich. So why would it surprise anyone that they would have a common a mentality and common ethos…