The Keren Kayemet-Jewish National Fund isn’t tree planting this year but continues its greening work — even while the land rests.

Tu B’Shevat, the New Year for trees, is upon us. This is also a shmita year, the sabbatical year of the seven-year cycle mandated by the Torah for all agricultural produce grown the Land of Israel.

Because the land is resting, the KKL-JNF will not conduct tree planting this year but invites the public to celebrate Tu B’Shevat 2015 in Israel in what they call, “a unique shmita way”. 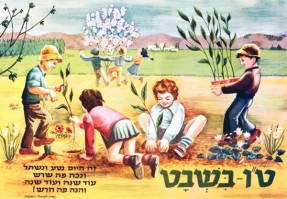 “During shmita, the land is left to lie fallow and all agricultural activity, including plowing, planting, pruning and harvesting, is forbidden by halakha (Jewish law).” 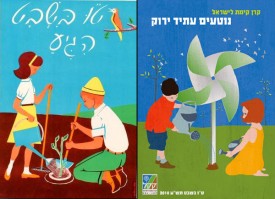 Working together with Rabbi Eli Shalev, an emissary of the Chief Rabbinate, KKL-JNF is observing shmita in the forests by implementing two concepts related to the religious laws concerning the sabbatical year: tree preservation or maintaining the survival of the tree, and tree improvement or fortification. 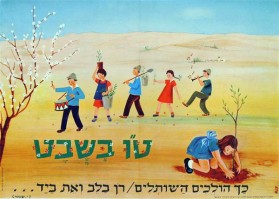 “Other cultivation techniques (such as watering, fertilizing, weeding, spraying, trimming and mowing) may be performed as a preventative measure only, not to improve the growth of trees or other plants”.

KKL-JNF’s all-important nursery work continues as usual while staying within the bounds of shimta religious requirements: sowing is done in contained spaces and sprouts grow in greenhouses on detached soil substrate with no contact with the ground. In this format, it is permitted to supply fertilizer and water in amounts that suffice for the survival of the sprouts. 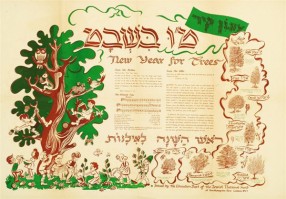 “Any fruits which grow of their own accord are deemed hefker (ownerless) and may be picked by anyone. A variety of laws also apply to the sale, consumption and disposal of shmita produce.” 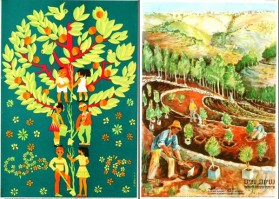 KKL-JNF maintains 20,000 acres of fruit tree orchards in its forests including olive groves, pomegranate groves, vineyards and fig trees, as well as 5,000 acres of carobs. Since they are considered to have the sanctity of the sabbatical year, and anyone, according to rabbinical law, may pick as much of them as he or she needs, these cannot be published for bids and sold.

In order for picking to be done in the spirit of Jewish law, and in order to prevent the general public from picking — and potentially damaging — KKL-JNF orchards and groves, an institution called the Rabbinical Court Reserve has been established. 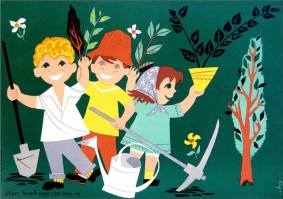