The African National Congress, South Africa’s ruling party, has resolved to downgrade the South African embassy in Israel. This resolution is an affront not only to the South African Jewish and Christian communities, who hold spiritual, religious and historical ties to Israel, but also to the ANC’s own constitution of working toward a “united, non-racial, non-sexist, democratic and prosperous society in South Africa.” It will not serve the interests of South Africa, or provide any assistance to the Palestinians, and should be rescinded or abandoned before further embarrassment is caused to South Africa.

Israel-bashing appears to have been the prime focus of the ANC’s foreign policy commission at its national conference in December 2017. No resolutions were made on Africa’s repressive regimes, their discrimination against women, homosexuals or minorities, or their impingement on political and civil liberties. Nothing was resolved around assisting South Sudan alleviate one of the world’s worst famines since World War Two. Nothing was said about the armed conflicts in Somalia, Sudan, South Sudan and Nigeria or atrocities in the Middle East or Asia.

Tiny Israel was singled out and victimized while the elephants in the room comfortably sat. It is surprising how easily captured by outside forces who call its hateful anti-Israel tune the party’s foreign policy agenda has proven to be.

The ANC chose to miss an opportunity and squander its foreign policy discussion on Israel. It wasted its valuable time obsessing over the imperfect liberal democracy of Israel as opposed to the perfect dictatorships on South Africa’s doorstep. It was a very shallow claim that this was all in the name of improving the lives of Palestinians, as the ANC failed to speak out against their true oppressors: the Palestinian Authority and Hamas. Instead the ANC chose to warmly receive them both at the conference.

Besides being an internationally-classified terrorist organization, Hamas is also one of the most openly antisemitic organizations on earth. It called for the murder of Jews worldwide in its very founding charter (which it recently “updated” for a gullible Western audience), and incites the Palestinians, including impressionable and innocent children, on a daily basis toward this vile act.

The PA fares little better in its ongoing antisemitism and ultimate aim to drive the Jews into the sea instead of live peacefully beside them.

The ANC’s reception of Hamas is a deplorable insult to the Jewish community of South Africa that has made an inestimable contribution to the country. South Africa would be a far poorer and in fact unrecognizable place without the dramatic impact of the small but vibrant Jewish community.

Jews, with a deep sense of their own history of persecution, do not take lightly to the ruling party’s snuggling up to Hamas and what it represents. The ANC has greatly offended this small minority group with this behavior, and sent a strong but short-sighted message that maintaining positive relations with the Jewish community is less important than cheap politicking and outsourcing its foreign policy.

The uncertain implications of downgrading relations with Israel are many. What is certain is that South Africa would be degrading itself. Israel is a world technology superpower, with solutions to many problems experienced in South Africa including water, sanitation, renewable energy, agriculture, health, security and communication. Few other countries that South Africa has diplomatic ties with are in a position to provide so much readily available help. The BRICS countries besides South Africa have excellent relations with Israel. Cutting off this helping hand would be a highly irrational act leading to a zerosum loss for South Africa.

The Jewish and Christian communities of South Africa, who regularly visit and make pilgrimages to Israel, may have difficulty entering the Holy Land if Israel decides to respond by requiring visa applications. It would be very spiteful for South Africa cut off its own peoples’ spiritual and religious connection with Israel, and ill-conceived to anger South Africa’s overwhelmingly Christian population.

Israelis make up the largest number of tourists to beautiful South Africa from any Middle Eastern country. This could be dramatically impinged if they were made to feel unwelcome here. South Africa would also be the very odd one out of a growing list of African countries warming up their ties with Israel, with a new embassy just opened in Rwanda, four new Israeli diplomatic offices on the continent in two years, and many African nations symbolically abstaining or remaining absent at a December anti-Israel vote at the UN General Assembly.

Finally, the downgrade would not be of any benefit to the Palestinian people, who are, ostensibly, the reason the decision was made. It would entirely remove South Africa’s ability and authority to play a mediator role in a future peace effort between Israel and the Palestinians. A mediator must, by definition, have relations with both parties in the room, otherwise it cannot be a mediator. Peace would thus be made less, not more, likely.

It is telling that both the PA and Hamas support the downgrade, as it spurs on their ultimate quest to delegitimize Israel’s very existence as opposed to uplifting the lives of the Palestinians. It reveals what little interest they have in seeing the formation of a Palestinian state, living side by side with Israel, encouraging full and friendly diplomatic relations with its Jewish neighbor and the rest of the world.

The South African government must now give serious consideration to whether or not to implement the ANC’s resolution. South Africans should hope and pray that rationality, common sense and long-term thinking will prevail. 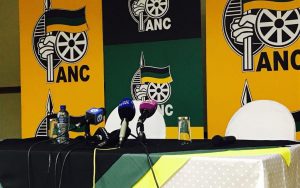