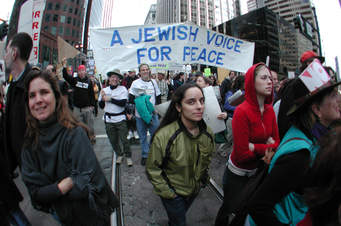 In “Voices growing in numbers to support Gaza innocents”, Cape Times, 24 July 2015, the writer painted a very biased picture of the Gaza conflict a year ago and listed the names of the Jewish movement , Jewish Voices for a Just Peace (JVJP) and concluded that there is indeed growing support against so-called oppressive Israeli policies vis a vis Palestinians. It is a distorted picture.

Firstly, Israel is practicing its human-centred philosophy almost on a daily basis. It is easily verifiable that hundreds of trucks with humanitarian goods enter Gaza from Israel. Crossings are only closed during security incidents. The same cannot be said of the Arab countries who pledged support with the repairing of infrastructural damage in Gaza, but never materialized. The reason why Israel could not be involved thus far is because of the hostile attitude of Hamas.

Secondly, it is also a verifiable fact that Israel is one of the first responders to natural disasters, like earthquakes and other disasters around the world, in line with humanistic Judaism.

It is a sad fact that innocent people died on both sides of the Gaza war of 2014, but it is also an undeniable fact that Hamas and other radical groups in Gaza are responsible for the “assault” on Gaza by indiscriminately firing rockets into Israel. It is imperative to consider the facts to thoroughly understand what really happened.

The Israel Defence Forces investigated and is still investigating incidents of misconduct of its soldiers and appropriate steps are taken and will be taken in cases where soldiers transgressed operational guidelines. Compare that with Hamas who not only stored weapons in UN buildings, but also fired rockets from areas in close proximity of UN buildings, hospitals and schools – a fact confirmed by the UN – which almost guarantee human casualties in a conflict raging in a densely populated area like Gaza.

It is not that the Israeli government “arrogantly dismisses numerous decisions of international bodies.”

The various accords and agreements, like the Oslo 1 and 2 Accords, as well as others, stipulate very clearly that a final status agreement or solution should take place through negotiations between Israel and the Palestinians. Unfortunately, one section of the Palestinians, namely Hamas who rule Gaza, does not recognize Israel as a sovereign state duly instituted by the United Nations. This non-recognition of Israel is clearly stated in the Hamas Charter.

Israel is not unsympathetic towards the Palestinians. On the contrary Israel wants peace with the Palestinians, but surely as with any nation, security of its citizens should be an important consideration and should be guaranteed in any agreement. With the Hamas Charter in its current form, that is not possible.

It might be that more Jewish people joined the ranks of JVJP, but they are certainly not a majority voice. Frankly, in a debate as sensitive as the Israeli-Palestinian conflict, facts should not be ignored to prop up the distorted view of the other side of the spectrum. We need to demystify the issue by honestly looking at and weighing the facts at hand to grasp the reality on the ground.

Like any government, Israel does make mistakes, but to say that Israel deliberately ignores the world and its “continuing obfuscation has misled the great majority of Jews into blindly supporting Israel”, is misleading.