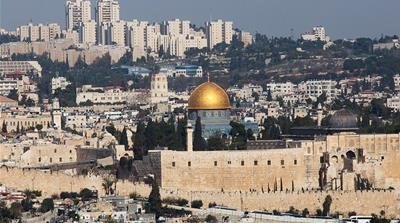 The 140,000 Druze living in Israel, thousands of whom belong to Druze Zionist movements, are Arabic-speaking citizens of Israel, an offshoot of several monotheistic and Abrahamic religions, and serve in the Israeli Defence Forces just as most citizens do in Israel. Members of the community have attained top positions in Israeli politics and public service. The number of Druze parliamentary members more than represent the Druze community, and they are integrated within several political parties.

In a cowardly ambush the Druze officers slain were protecting the rights of all religions to worship in Jerusalem. One became a father just 3 weeks ago. The other, the son of a former Knesset member, was celebrating his engagement.

These attacks don’t happen in a vacuum. President Abbas has called on Palestinians to use “any means” to “protect” Al-Aqsa from “filthy” Jews. The UN encourages these attacks by denying Jewish history in Jerusalem. The Palestinian Authority will pay the families of these killers for their crimes.

But most cynical of all, the assassins used the Temple Mount for propaganda purposes to incite religious violence against Israel. They fled to the holy site as the place for their stand – so if they died, their images would be broadcast across the world to demonise Israel.

They wanted to cause much more damage than a single horrific attack and Al Jazeera is already helping them do it. Its headlines didn’t mention terror, only the death of “Palestinians” at a Muslim holy site. Leading Palestinian media called the murderers “heroes.”

COSATU’s response? “The [Palestine] campaign continues. We are going to intensify the campaign of awareness so that the broader public understands what is happening in Palestine and understand … that at times there will be emotional responses.”