You Are Here: Home → Nakba Day and Responsible Journalism 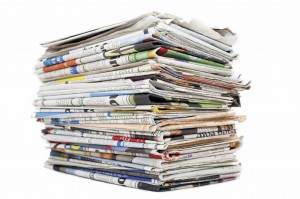 It was indeed encouraging to read in the May 5, South African Jewish Report, an assurance by Dr Iqbal Survé, chairman of the group that controls The Star, Cape Times & other publications that editors have been given clear directives to include all points of view and to ensure they do not come across as partisan on any issues, adding “We as a group absolutely give voice to everybody. We don’t have a policy of being pro-Israel or pro-Palestine and we would guard against that.”

However, as a flurry of biased articles has attracted adverse attention it appears that some editors need to be reminded of the above guidelines to good journalism.

The South African Press Code requires that a publication shall seek the views of the subject of critical reportage in advance of publication and shall make amends for publishing information or comment that is found to be inaccurate by printing, promptly and with appropriate prominence, a retraction, correction or explanation. Having served in the Israel army in 1948, I am a subject of the critical May 13, Cape Times article by Zaachira Suliman titled “How 750 00 (sic) people were forced into exile” and I trust that this response will be published in compliance with the above requirements of the Press Code.

Mr. Suliman’s article not only fails to comply with the values set out by Dr. Surve’, it violates basic rules of the Press Code which requires inter alia striving for truth, reflecting a multiplicity of voices and that news be presented in context and in a balanced manner without any intentional or negligent departure from the facts whether by distortion, exaggeration or misrepresentation, material omissions or summarization.

Note that omission of relevant information is no less culpable than disinformation. For example the article states as fact, the writer’s opinion that “about 750 000 Palestinians were forced into exile by the Zionist terror groups” without the slightest mention of the context that caused many Arabs to leave for reasons which are considered debatable by eminent historians. It omits mentioning that this occurred as a result of war when the new-born State of Israel was attacked by the armies of Egypt, Syria, Jordan, Iraq, Saudi Arabia and Lebanon as well as the Arab Liberation Army commanded by Fawzi al-Kaukji; seven armies in all.

The opinion stated as fact that the 1917 Balfour Declaration (which Mr. Suliman describes as treacherous by Britain) created Israel illegally is a complete distortion of the verifiable facts. To the contrary, the territory on both sides of the Jordan was legally designated for the Jewish homeland by the 1920 San Remo Conference, mandated to Britain, endorsed by the League of Nations in 1922, affirmed in the Anglo-American Convention on Palestine in 1925 and confirmed in 1945 by article 80 of the UN.

Mr. Suliman’s claim that Israel caused ethnic cleansing and genocide has been contradicted by none other than Hazem Nusseibeh, editor of the Palestine Broadcasting Service in 1948, who told the BBC how a false press report was compiled, claiming that atrocities had occurred at Deir Yassin. He added that these fabricated atrocity stories were “our biggest mistake,” because as a result Palestinians fled in terror and left the country in huge numbers. (http://www.maurice-ostroff.org/?page_id=544)

As Mr. Suliman implies that Israeli attacks on Arab villages were unprovoked, I strongly recommend that he visit Arab towns and villages which remained neutral in 1948 such as the flourishing village of Abu Ghosh. Mohammed Abu Ghosh has been quoted as saying, “What we did, we did for Abu Ghosh, for nobody else. Others who lost their land, hated us then, but now all over the Arab world, many people see we were right. If everyone did what we did, there’d be no refugee problem . . And if we were traitors? Look where we are, look where they are.”

It is sad that responsible editors, who should know the facts, allow completely inaccurate statements like “Palestine is the largest remaining refugee population in the world”. Responsible editors cannot be unaware of the error on this claim and the many millions of refugees caused by other conflicts including WW2, The India Pakistan conflict and recent conflagrations in Asia, Africa and Europe .

I quote, the former editor-in-chief of Asharq Al-Awsat, Abdul Rahman Al-Rashed, in an article on Al -Arabiya TV titled “Arab treatment of Palestinians far worse a crime than what Israel did to them”. He said “Our insistence to lock the Palestinians in camps and treat them like animals in the name of preserving the issue is far worse a crime than Israel stealing land and causing the displacement of people. (http://www.maurice-ostroff.org/?page_id=132)

May I look forward to the retraction of errors as required by the Press code?