You Are Here: Home → Reversing the roles of Perpetrator and Victim: A Response to the Cape Times

Reversing the roles of Perpetrator and Victim: A Response to the Cape Times 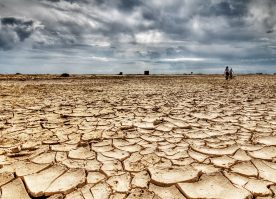 Yesterday, two Palestinians, taking advantage of Israel’s freedom of association, calmly walked into a crowded Tel Aviv restaurant, ordered food, and then rose from their seats with guns drawn. They injured 20 Israelis – murdered four – before fleeing the scene.

Several Israelis are still fighting for their lives, but Palestinians are celebrating. In Gaza, Jerusalem and the West Bank, Palestinians lit fireworks, marched in the streets, and handed out sweets. Palestinian leaders praised the murderers as heroes.

Suraya Dadoo (Cape Times June 8, Israel’s water week a stunt…) once more reverses the roles of perpetrator and victim, claiming that Israel is preventing the Palestinians from managing their water resources and thus causing frustrations that lead to such acts.

If the Palestinians were to use the billions they receive to build dams instead of tunnels, educational structures instead of colleges of hatred and indoctrination, water conservation infrastructure instead of rockets and other weaponry, Israel would be the first to respond positively.

Readers will remember that when Israel, in a gesture of peace, left Gaza, it left behind as a gift to the Palestinians high-tech greenhouses using cutting-edge water conservation and irrigation techniques and earning millions of dollars in foreign exchange. The first action of the Palestinians was to destroy these facilities and to use the metal to manufacture launchers for rockets.

Israel has helped build over forty desalination plants world-wide, ten in the USA, alleviating drought conditions in low rainfall areas. These are documented and recognised. I wonder if Dadoo includes these Israeli initiatives in her statement about successes in water management by other countries. At last count there were zero. It seems as if Dadoo and others like her are prepared to sacrifice the well-being of South Africans on the alter of political expediency.