You Are Here: Home → SA Embassy in Israel Downgrade Decision

It appears to us that the ANC’s foreign policy formulation process was hijacked by forces that have a limited interest in promoting South Africa’s and key South African communities’ wellbeing and are rather obsessed with undermining the viability of Israel and harming the local Jewish community.  The broad presence of Hamas – a terrorist organisation which actively calls for the destruction of Israel – at the Elective Conference and its extensive lobbying efforts supports this view.

Those who are calling for the downgrade, as was clearly evident at the ANC International Relations Commission, including the usual suspects of Bongani Masuku (who has a hate speech ruling against him for threatening the Jewish community) and Mohamed Desai (now famously known for justifying the singing of “Shoot the Jew”) are consistent in their desire to demonise Israel, while real human rights abuses like those occurring in Libya, Mynamar and Syria, among others, are ignored.  They are pushing their radical anti-Israel agenda to the detriment of fellow South Africans, and against the interests of the country as a whole.

This is how South Africa will be poorer.

1) South Africans will be economically poorer: A downgrade will negatively affect the South African economy by jeopardising (to name but a few) trade, tourism, access to hi tech and water technology.

2) South Africans will be spiritually and culturally poorer:  A downgrade would unfairly impact on the ability of Jews and committed Christians to practice and identify with their religious and cultural heritage. Furthermore, access to education and cultural resources will be curtailed.

3) It works against social cohesion:  In the words of Chairman of the CRL Commission, Ms Thoko Mkhwanazi Xaluva:   We need to create social cohesion and a spirit of national unity.  In order to attain that, it is imperative that everyone feels that they belong.  Ultimately, every decision of the ANC should fall within the Constitution.  No action should overtake the rights of people who live in our country. Otherwise we render the Constitution meaningless.

4) South Africa will be politically poorer:  With a downgrade, South Africa will forfeit a meaningful role to play as a peace broker.  We believe that the only way in which the peace in the Middle East will be achieved, is through direct negotiations between the Israelis and the Palestinians.  South Africa, with its close relationship with the Palestinians and with its experience of negotiations, has a unique position to facilitate engagements to peace.

South African Jewry feel betrayed by the liberation movement of the ANC structures and are deeply disappointed that they were persuaded by those with obsession to vilify the Jewish state. 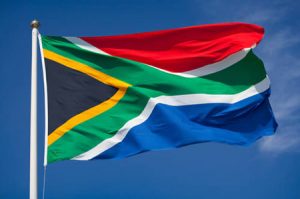