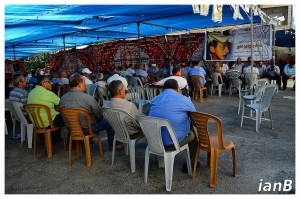 The South African Jewish Board of Deputies (SAJBD) and the South African Zionist Federation (SAZF) join Israeli political and religious leadership and other international Jewish organisations in expressing outrage and horror at the senseless killing of Palestinian teenager, Mohammed Abu Khdeir, by Jewish extremists.

We commend Israeli authorities for acting swiftly in arresting those charged with participating in this vigilante act and welcome the words of Israeli President Shimon Peres that the harshest action will be taken against the six Israelis who are suspected of kidnapping and murdering the teenager.  He is quoted as saying:   “If a Jew kills they will be put to the court like any other criminal, there is no privilege, the law is equal to all and all are equal before the law,”.  The President added that the country does not “distinguish between blood and blood. The murder of a child is reprehensible, regardless of the religion or nationality of the child.”

The SAJBD and SAZF further note that two Palestinians from the Hebron area visited the grieving Fraenkel family, whose son Naftali was slain two weeks earlier.  In turn, the uncle of Naftali Fraenke offered his condolences this past Sunday in a phone call to Hussein Abu Khdeir, and condemned the killing of his son Mohammed.  He said in a statement that “we expressed our deep empathy with their sorrow, from one bereaved family to another bereaved family.”

It is our sincere hope that the above acts of courage and forgiveness will shine a light in the region and that all parties will do what it takes to bring peace to a region that will see two secure states, living alongside each other.